From its inception, Avon was about helping women to gain better business opportunities, feel more secure, and get rid of the pressure of stereotypes.

In 2020, Avon unveiled new brand platform Watch Me Now to better reflect the Avon of today — brand, which continues innovating and evolving, fighting against gender-based violence and breast cancer. To launch the global platform #WATCH ME NOW in Ukraine, we proposed AVON to conduct an all-Ukrainian survey to understand better the Ukrainian woman, her dreams, needs, and desires. We made a few unpleasant discoveries. Ukrainian women’s lives are steeped with stereotypes. 8 out of 10 women faced gender stereotypes. 61% of women said they did not fulfill their potential. To change this, we had to appeal to society for dialogue and support millions of women in their daily struggle. This is exactly what we proposed to do. 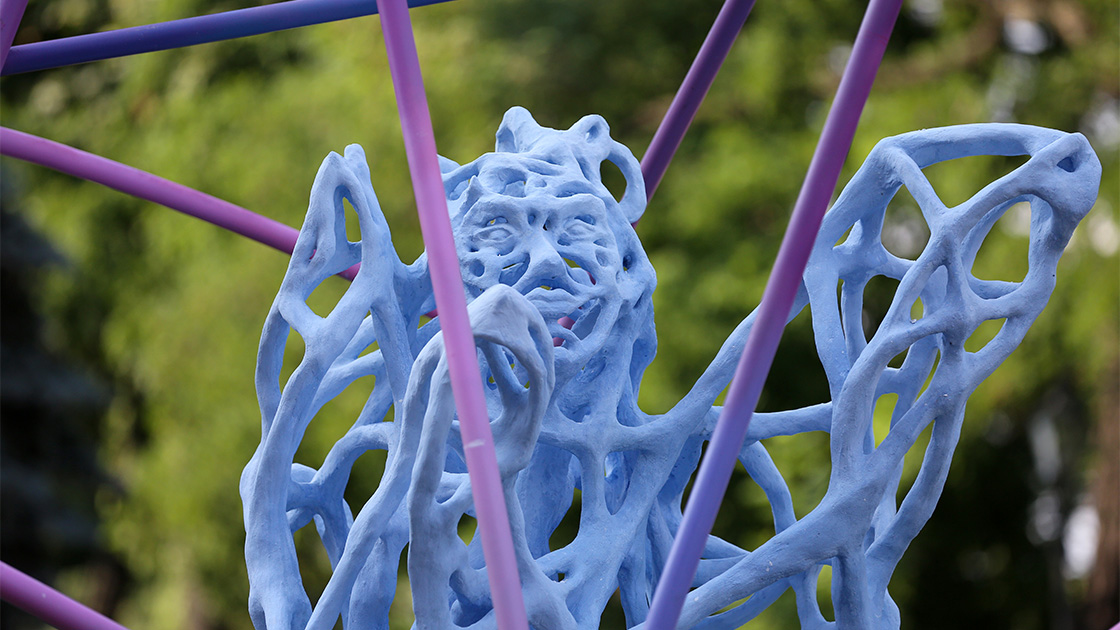 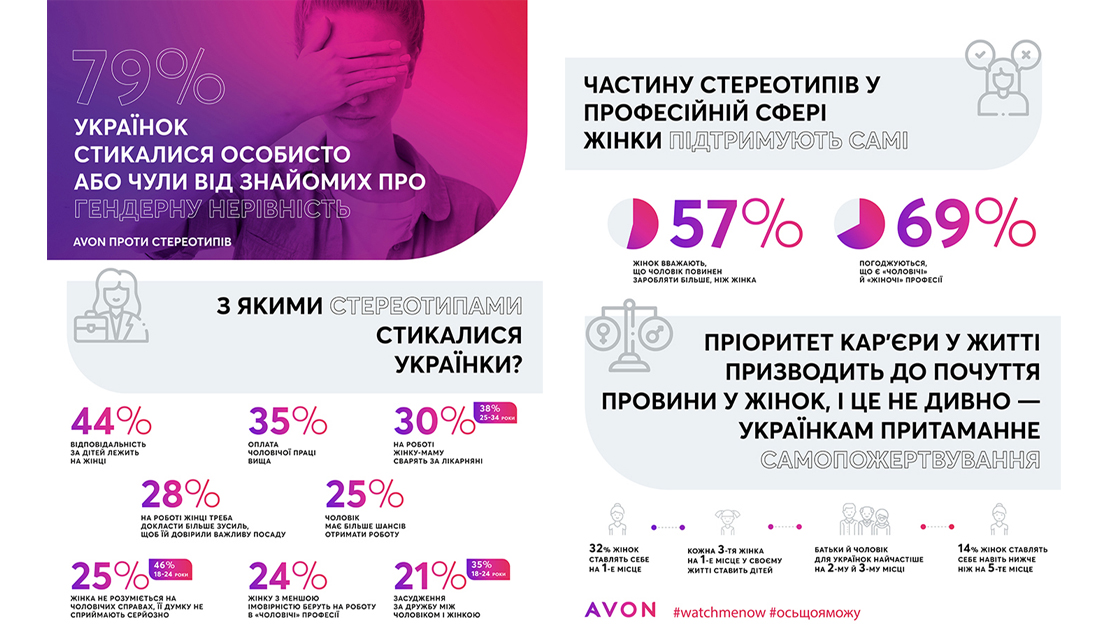 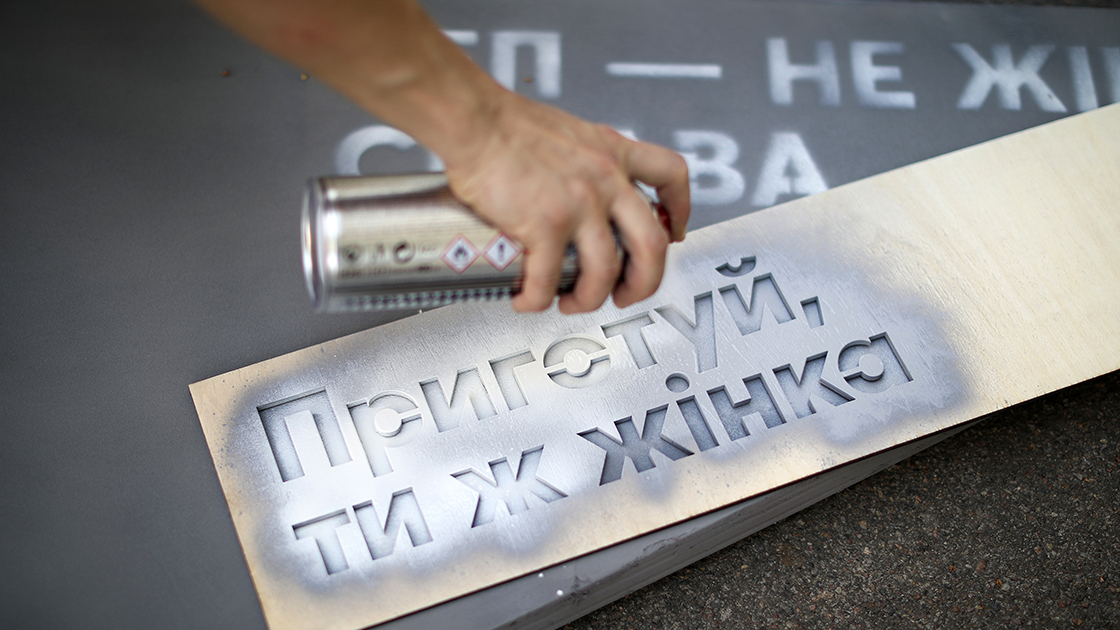 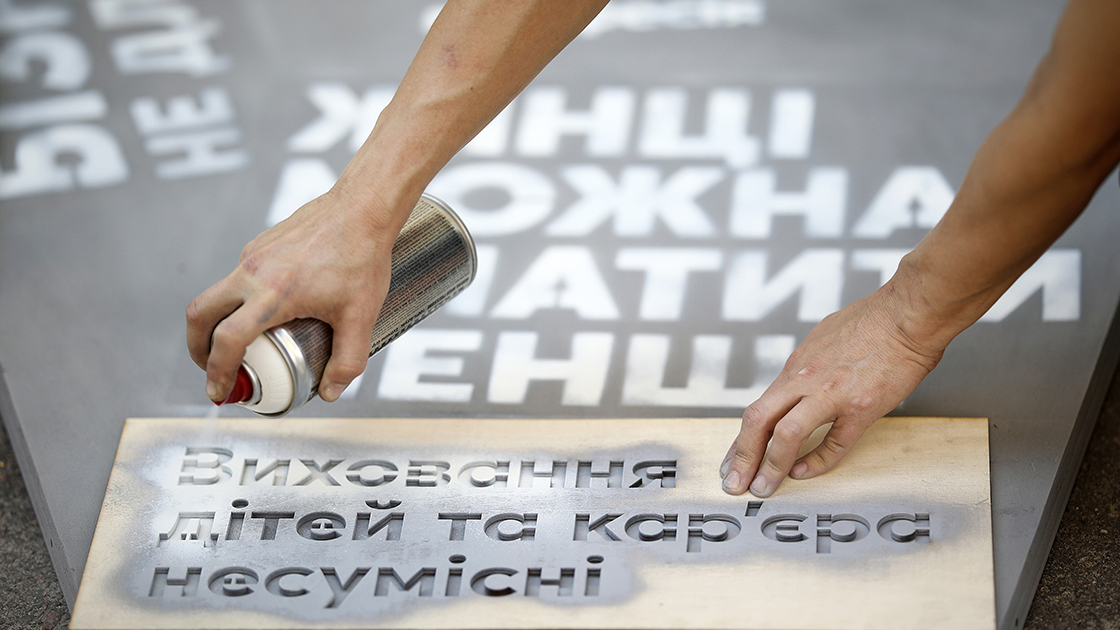 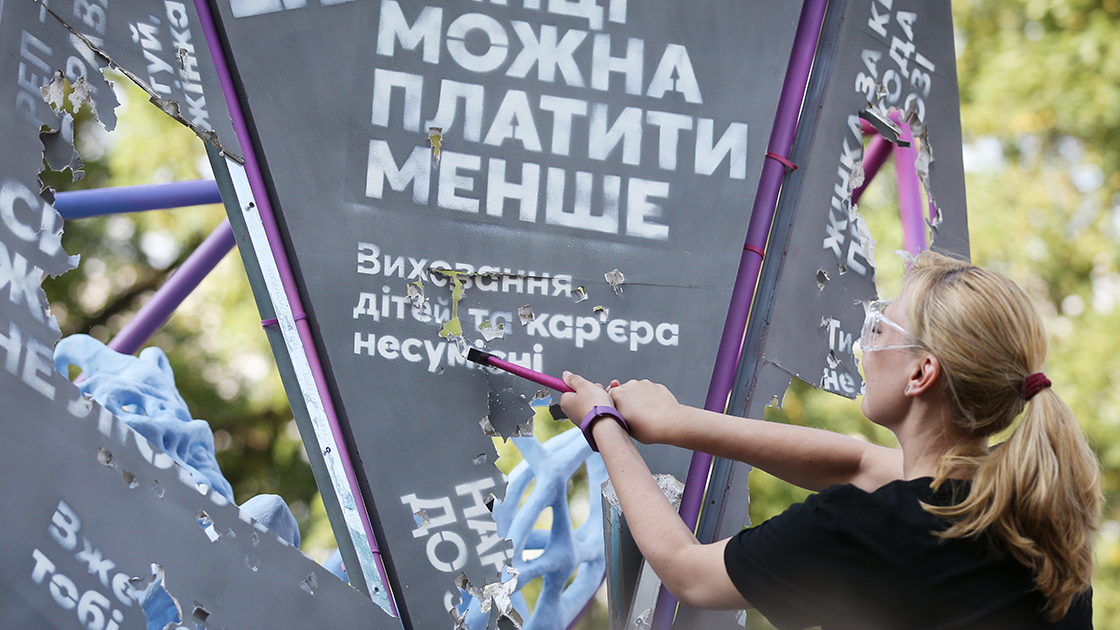 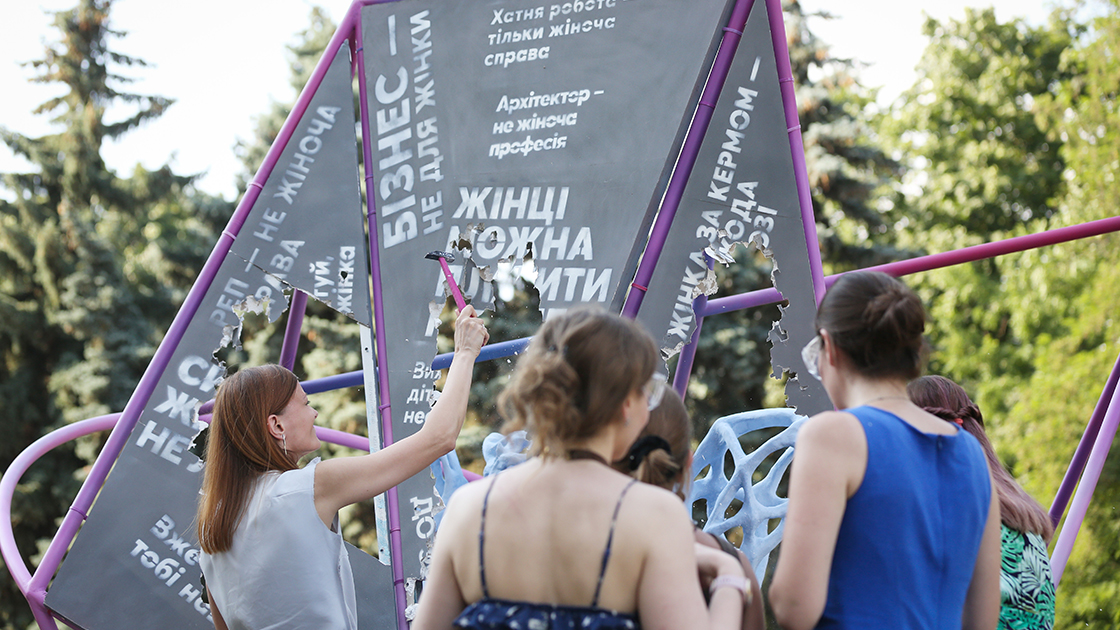 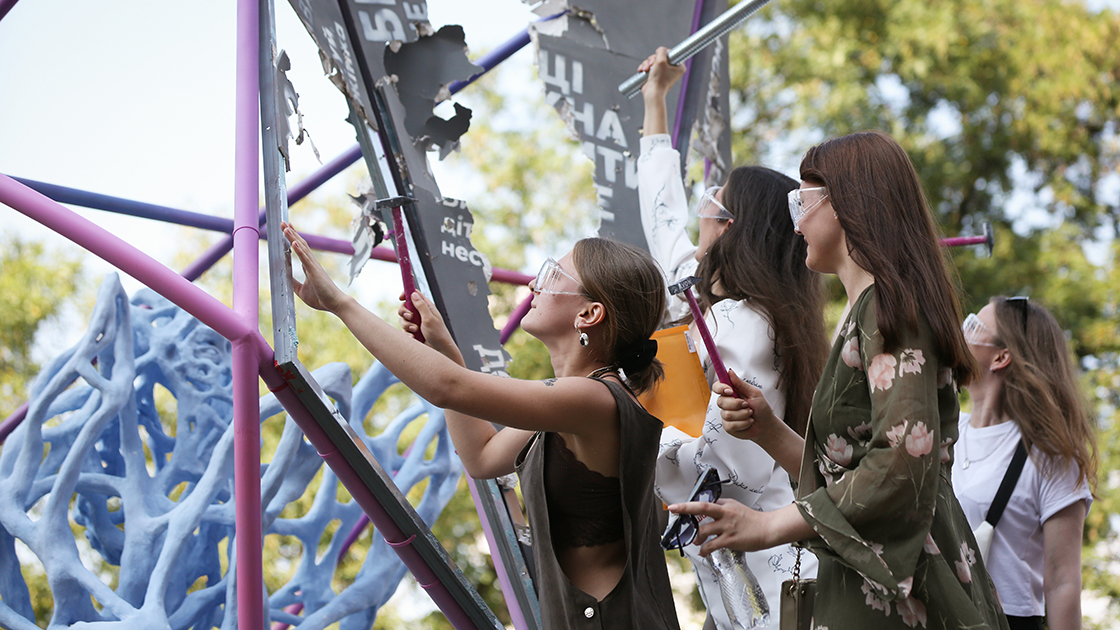 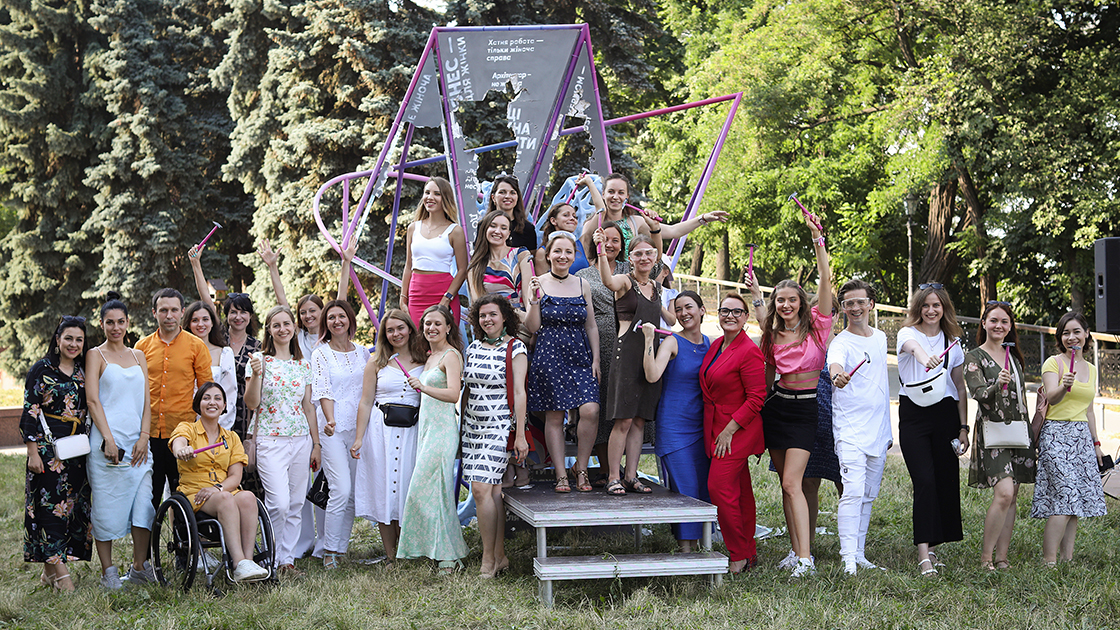 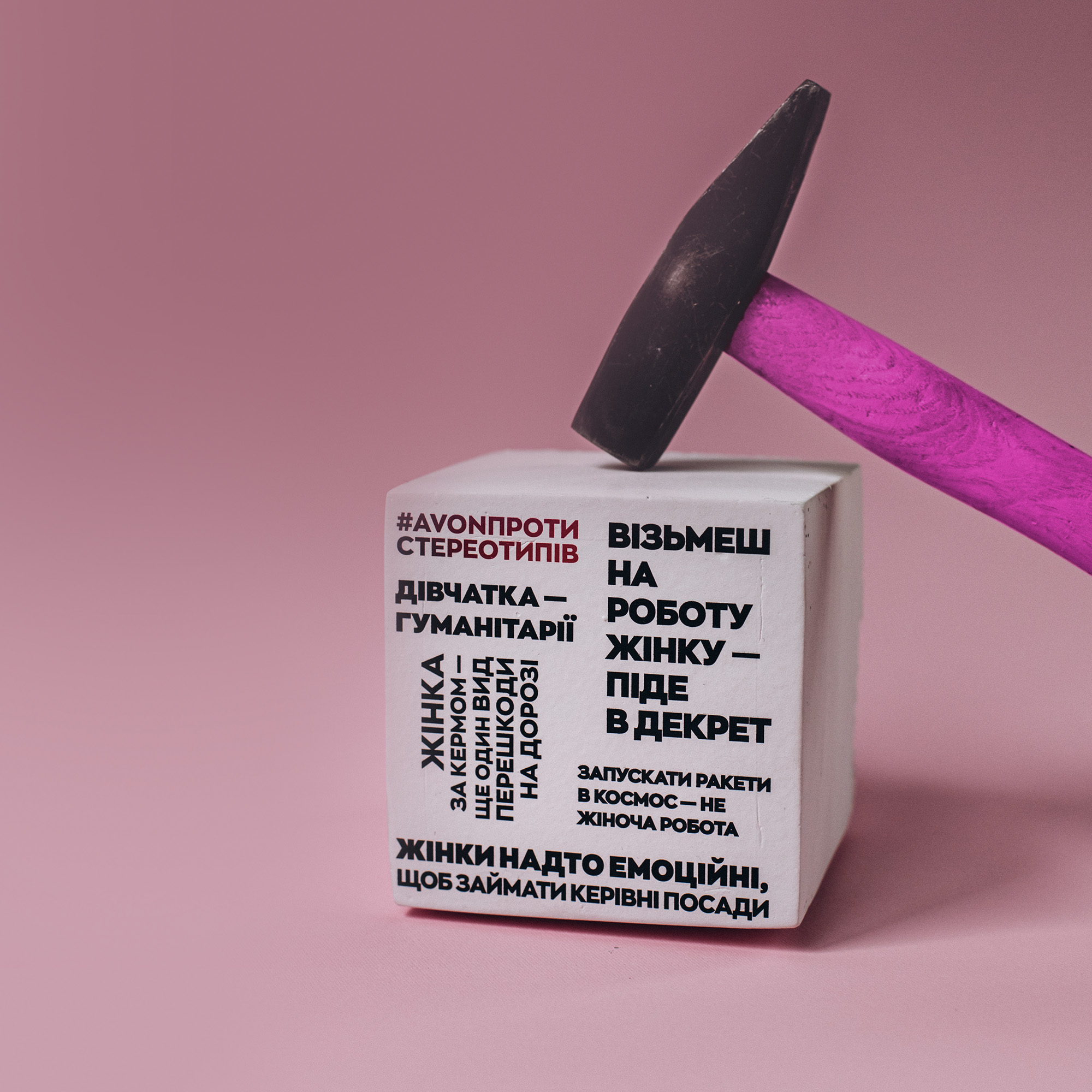 At the end of 2020, we launched an ambitious campaign #AvonAgainstStereotypes.

We decided to become a voice that urges society to fight stereotypes and supports Ukrainian women in their quest to choose their ways to happiness.

For half a year, we talked about gender stereotypes on different channels uncovering the findings of the all-Ukrainian women's survey and challenging the outdated societal beliefs through the various tools. We focused on earned media and actively involved online and print media, bloggers, and influencers. The latter mattered most as we wanted women to have role models to follow.

Thus, we asked distinguished women (journalists, celebrities, and business owners) who succeeded against all odds to share with us stereotypes they had to overcome. Consequently, 34 famous Ukrainian women became our supporters, and 50+ stereotypes they overcame – one of the essential elements of our campaign.

To smash stereotypes physically and metaphorically, we created a modern art object — the NOVA sculpture. It was brought into being by the Ukrainian female artist ANi Svami (Anna Naduda). Before the opening, the sculpture was obstructed from view by ‘the barriers of gender stereotypes’ — panels with stereotypes gathered from well-known Ukrainians, which we smashed during the event. Released NOVA sculpture symbolized a woman — free, confident, and brave.

We gave a real performance at the opening — our guests took hammers and smashed the stereotypes they had broken in real life, destroying their barriers. NOVA remains in the heart of Kyiv, near the Ukrainian House national centre, as an enduring symbol to all Ukrainian women of what is possible.

We engaged bloggers and influencers, sending them creative invitations — plaster boxes with stereotypes printed on their surfaces and hammers for breaking them. This way, we managed to stimulate discussions about stereotypes and the necessity to fight them even before the event. We facilitated conversation about the problem of gender stereotypes on all communication channels for six months, in online and print media, among bloggers and influencers, as well as on AVON`s social media platforms. These efforts led to a massive discussion about gender stereotypes, the language of stereotypes, and their negative impact on women’s lives. 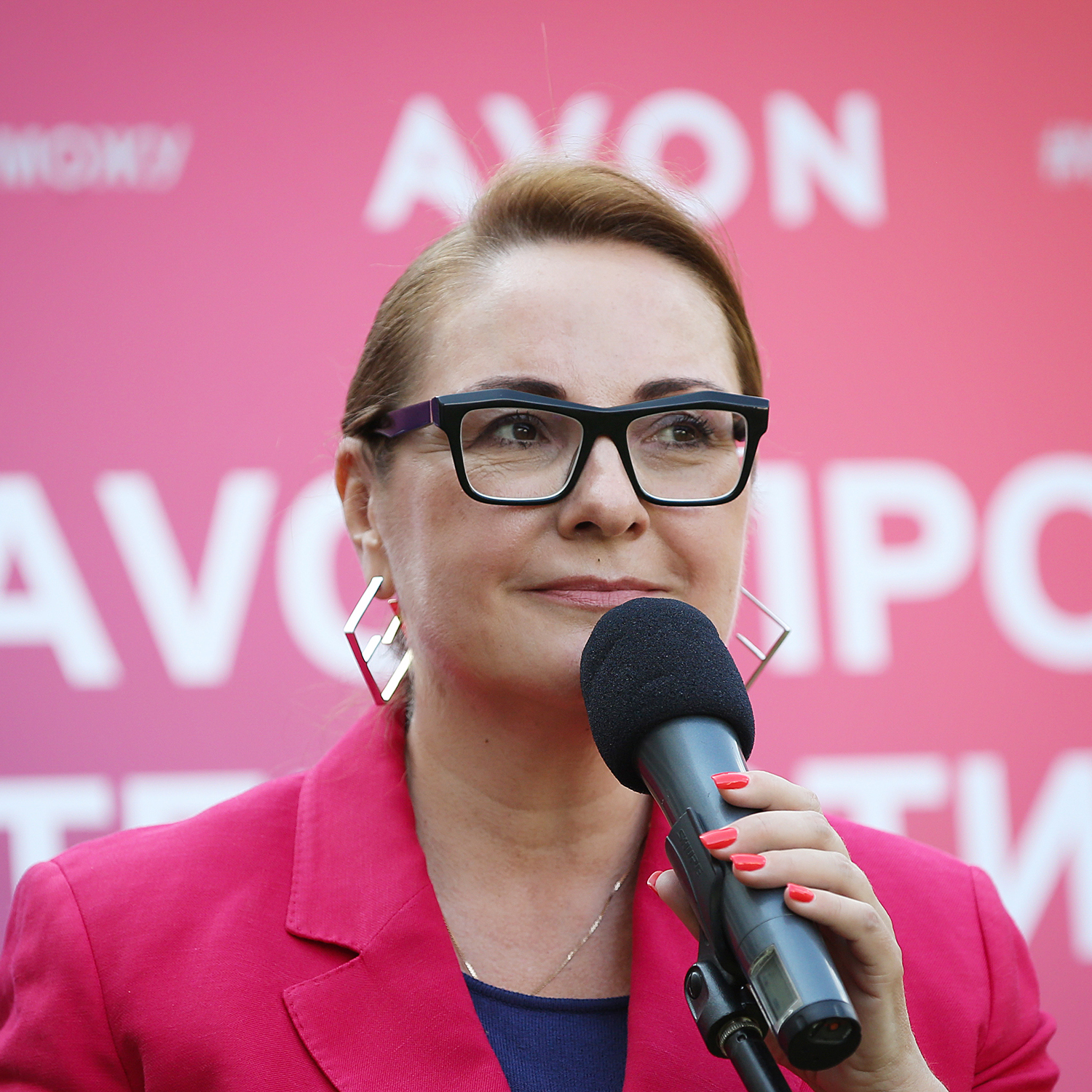 "We feel a high responsibility to create and open the Nova sculpture to public, as it is a very important project for us. This is a step towards overcoming the architectural gender stereotypes that women face every day. As practice shows, a woman who takes care of her family and has a favorite job feels fulfilled and therefore happier. So, with this project, we want to support and inspire the every Ukrainian woman".

By associating AVON with supporting Ukrainian women in their self-fulfilment, we reversed AVON`s drop in the Consideration rate and increased it from 17% to 22% in 9 months of the campaign.

From February till August 2021, Avon was among the top three cosmetic brands in Ukraine by the number of highlights and the leader by the potential reach. Avon became more visible to relevant organizations, which allowed building new partnerships with UNFPA and UN Women to carry out projects. One of such endeavors was Avon's participation in MediaForShe Congress, organized by UN Women Ukraine on the topic of gender equality and non-discrimination in media and advertising.